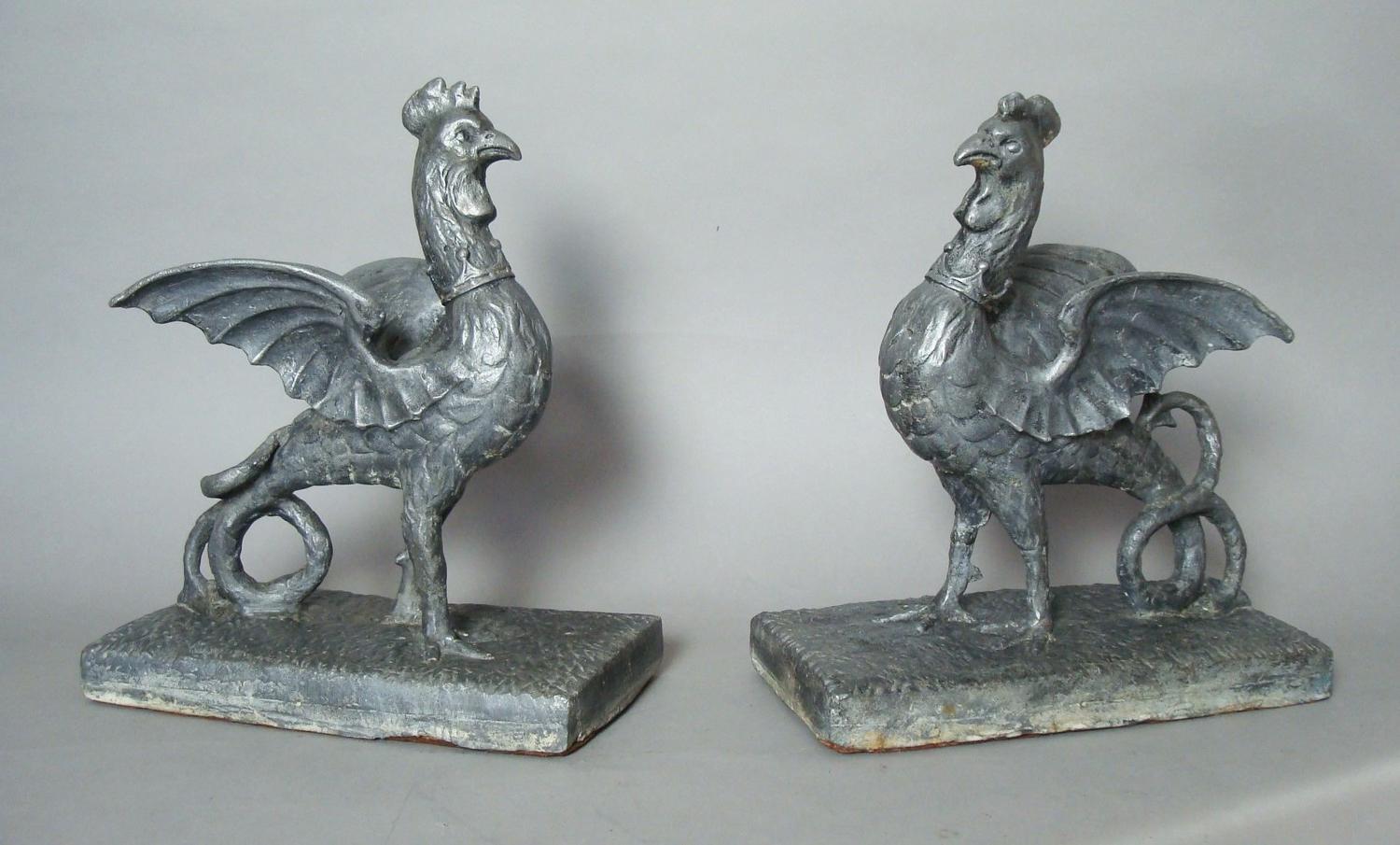 Rare C18th pair of lead Cockertrice "Heraldic Cockerels", poised in an alert stance, and very unusually wearing a coronet around their necks, presumably made for a royal or titled family.

Standing on a naturalistic plinth base, with baize to the underside.

A cockatrice is a Greek mythical two-legged dragon or serpent-like creature with a cock's head. It has the reputed ability to kill people by either looking at them, touching them, or sometimes breathing on them.  According to legend a cockatrice would die instantly upon hearing a rooster crow, and having a cockatrice look at itself in a mirror is one of the few sure-fire ways to kill it. 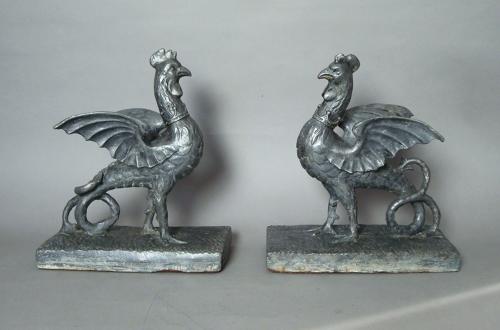 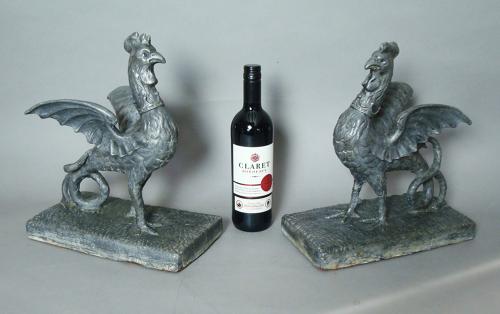 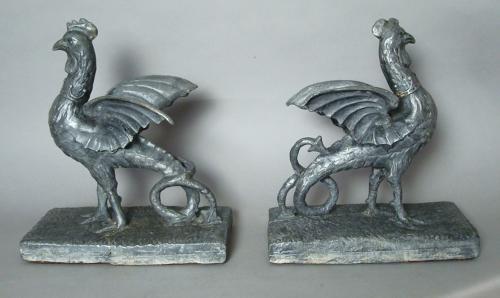 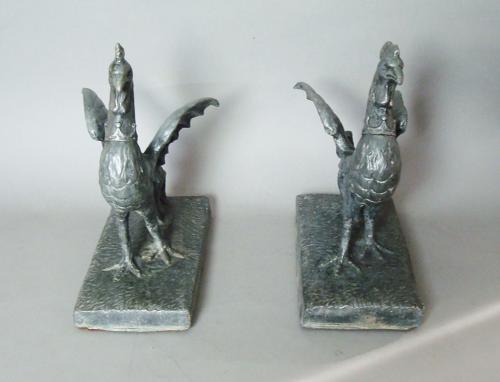 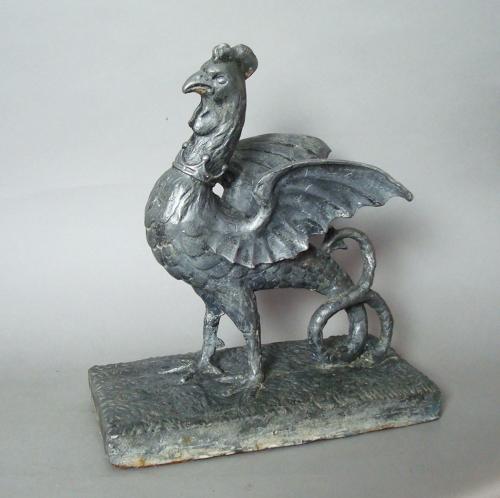 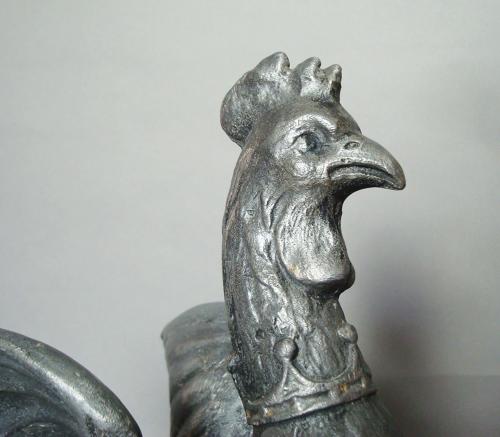 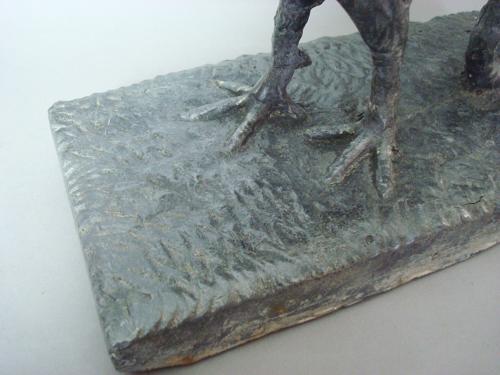 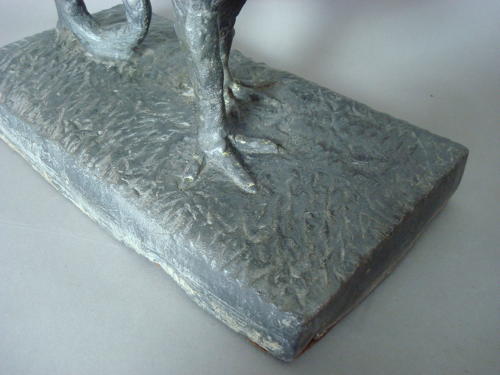