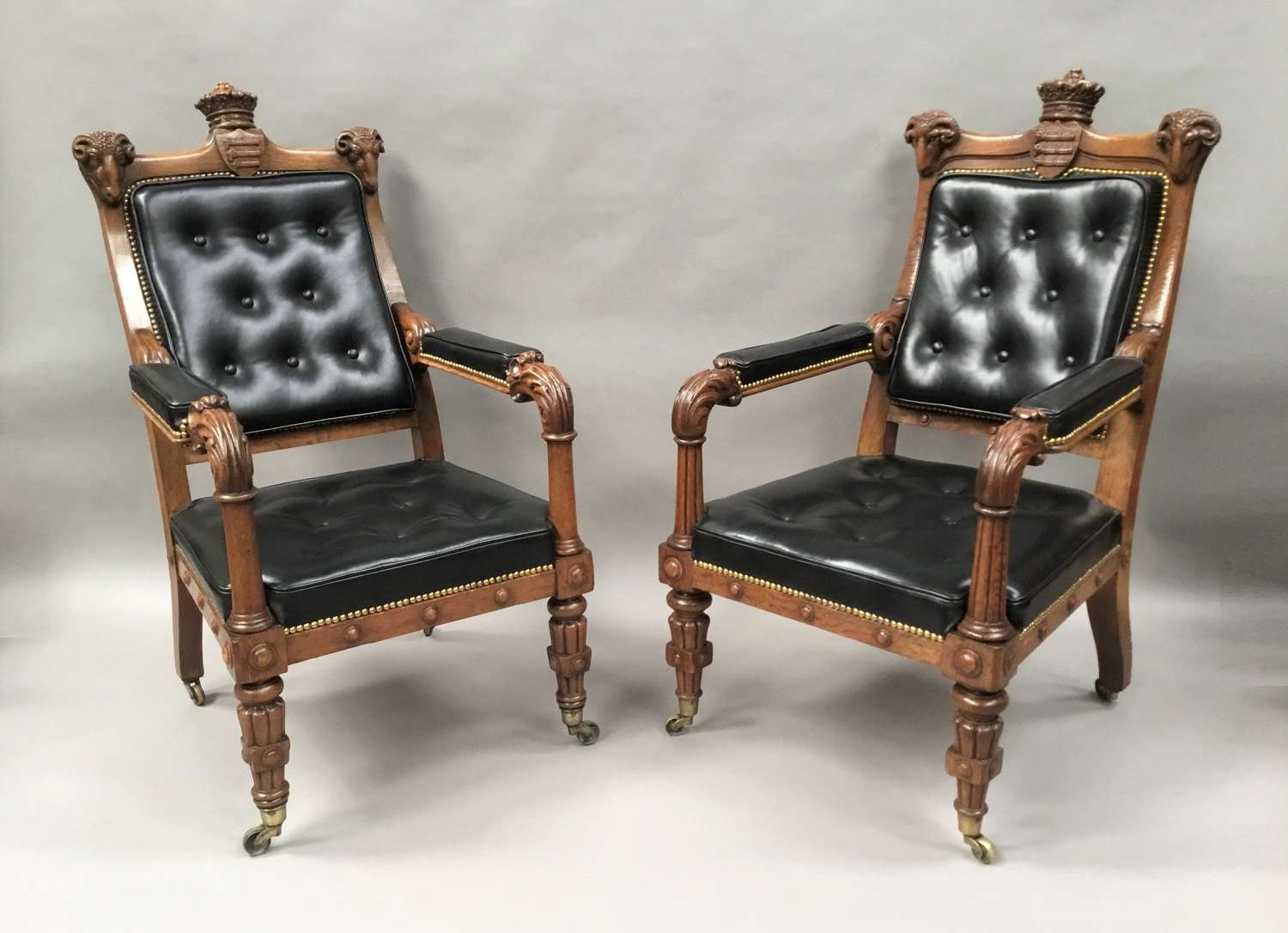 H: 44.5" (113 cm)W: 25" (63.5 cm)D: 28" (71.1 cm)
£11,000.00 Approx $15130.67, €12880.56, £11000
Exceptional C19th near pair oak and leather library chairs of eccentric design; from the important suite of furniture supplied to the Earl of Lindsey in 1844/45 by Thomas Turner. The shaped top rail with a pair of well carved, large ram's heads and centred by the coat of arms of the Bertie family. surmounted by an Earl's coronet.  The buttoned leather padded back leading to the lotus and acanthus leaf carved, scrolled arms on tapering turned supports.  The buttoned leather padded seat with the frame having multiple applied cabochon; raised on tapering reeded legs, centred with unusual square blocks having further cabochon; with square swept legs to the rear, on original brass cup castors, stamped Cope and Collinson Patent.
English circa 1845
Very good condition, newly upholstered in good quality black leather, with piped edges and close brass studing.
Dimensions (ins) 44.5 high x 25 wide x (one is 27, one is 28 deep); seat height 17
Interestingly there are subtle differences in these chairs, mainly the scroll where the back joins the arm; one having acanthus carving, the other having lotus carving.
Provenance: Supplied to George Bertie, 10th Earl of Lindsey, Uffington House, Lincolnshire.  Probably by decent to Montague Bertie, 12th Earl of Lindsey and by decent to his daughter Lady Muriel Felicia Vere Bertie married Henry Liddell-Grainger in 1922 Ayton Castle, Berwickshire.  Some of the furniture stayed in the collection at Ayton Castle.  This pair of armchairs bears the arms of the Bertie family Earls of Lindsey whose country seat was Uffington House near Stamford Lincolnshire.
Built in circa 1681 the mansion and park was modernised in 1845 under the direction of the architect Samuel Gray.  A letter and statement of expenditure by Gray dated 1844/1845 shows that he was responsible for overseeing the refurbishment.  In his statement he list the principal "New Furniture" suppliers as Thomas Turner being the most significant his work worth an astonishing £1,400.
Thomas Turner of 139 New Bond St London described in 1821 as "Thomas Turner, Upholsterer and Cabinet Manufacturer to His Royal Highness the Duke of Clarence"
Employed as Royal craftsman to the Crown who supplied and renovated furniture at St James's Palace, Windsor Castle, Buckingham Palace and Brighton Pavilion 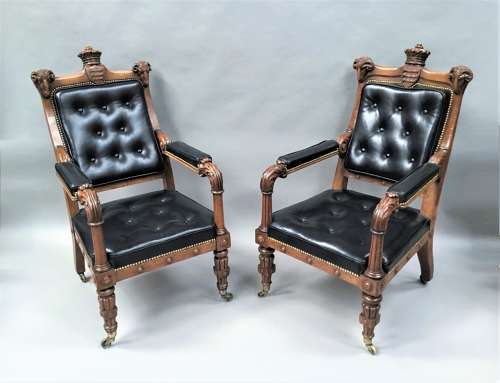 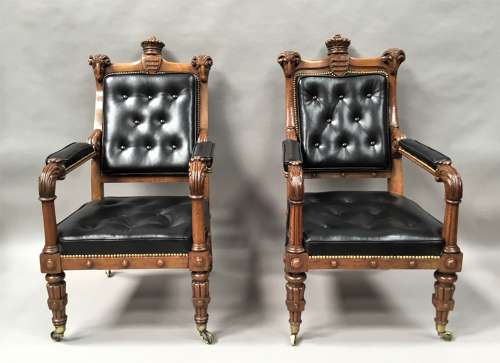 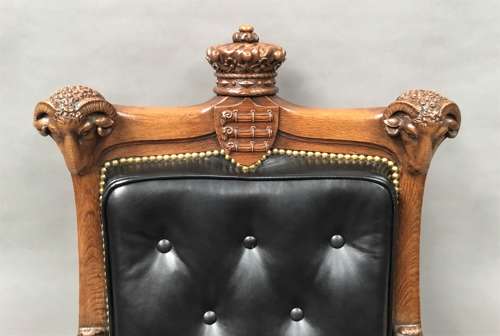 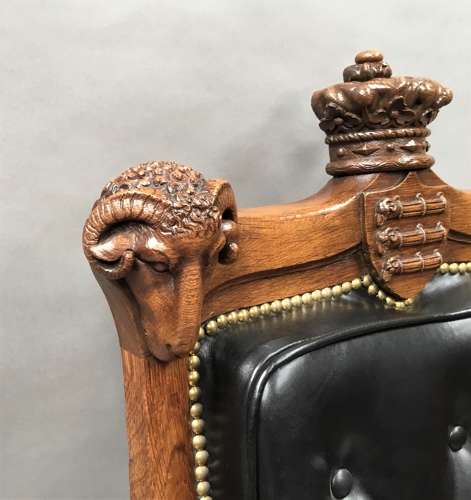 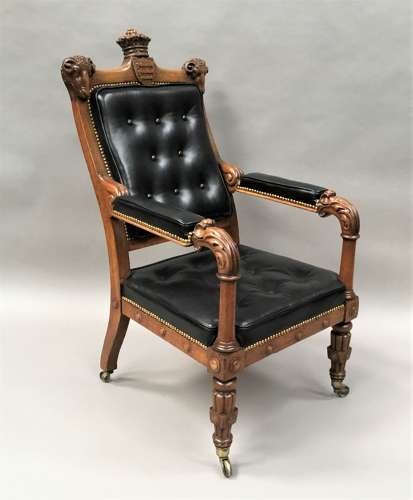 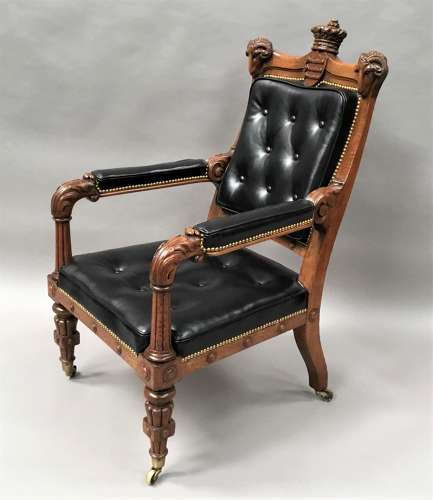 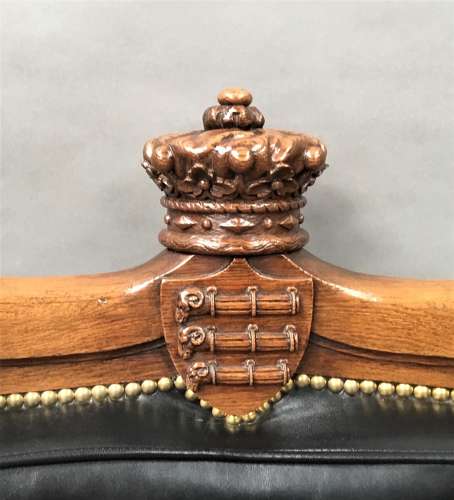 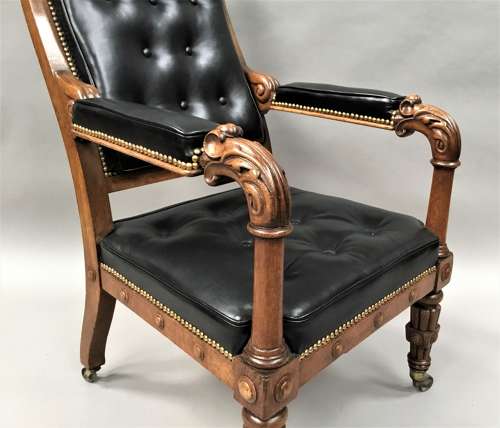 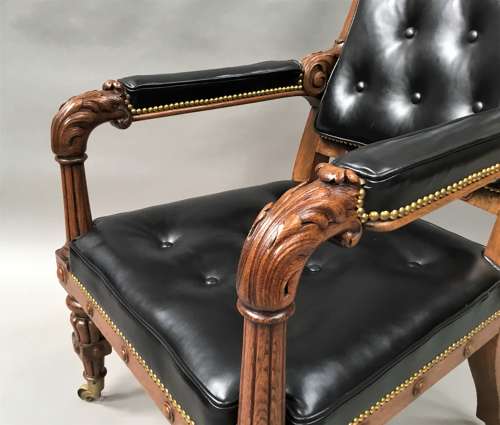 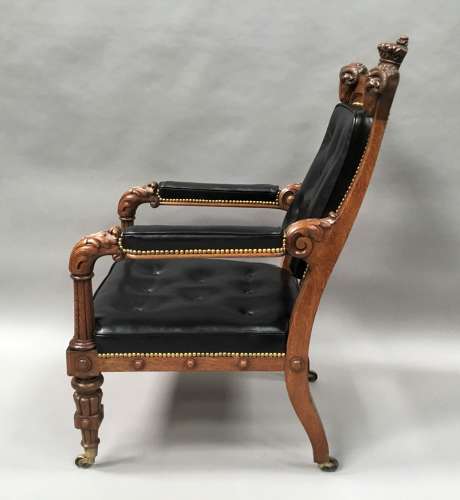 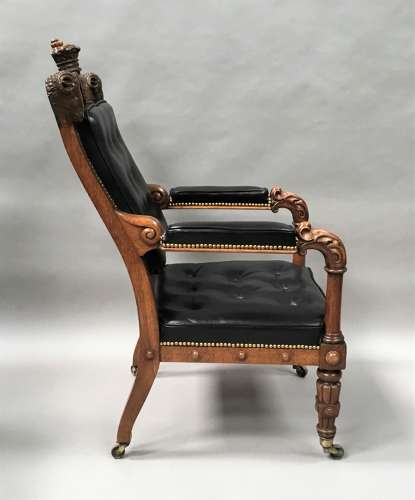 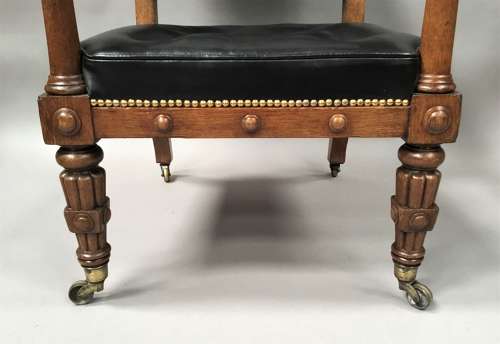 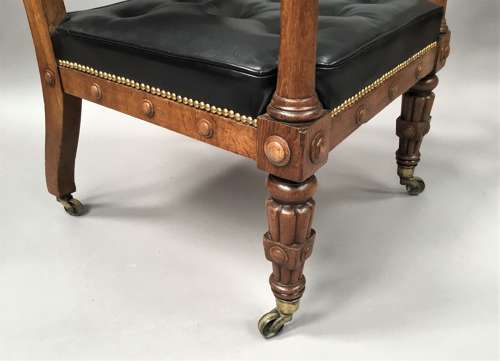 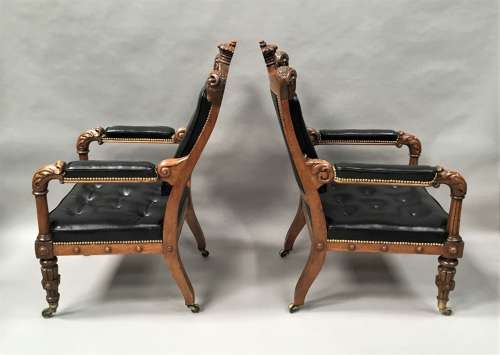 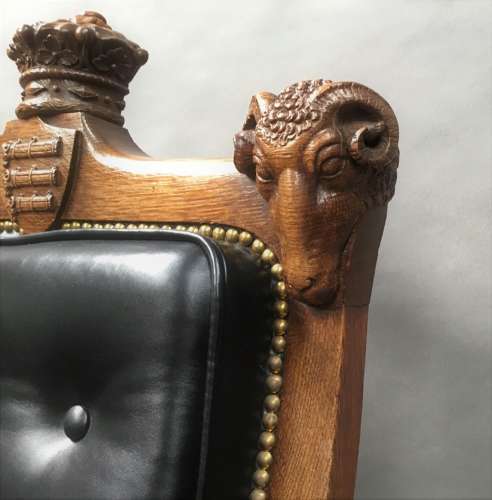 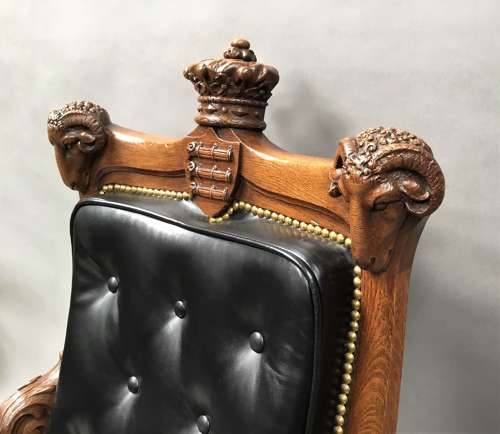 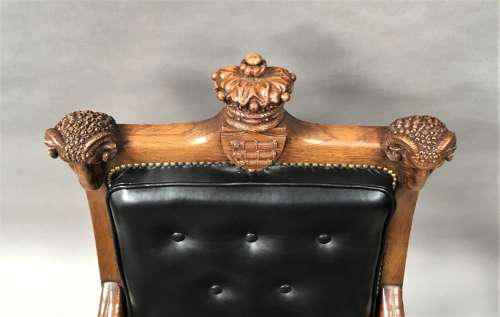 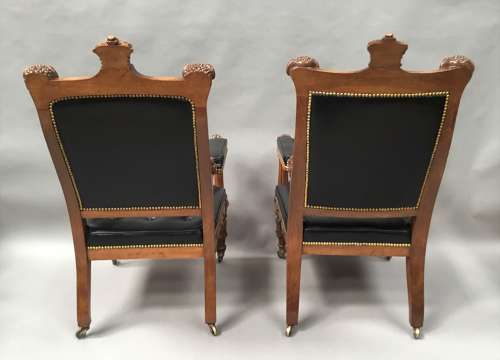 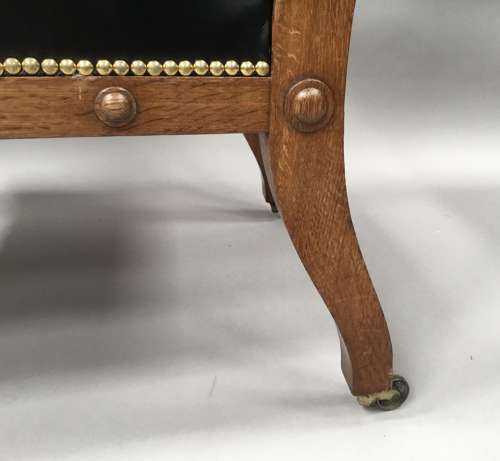