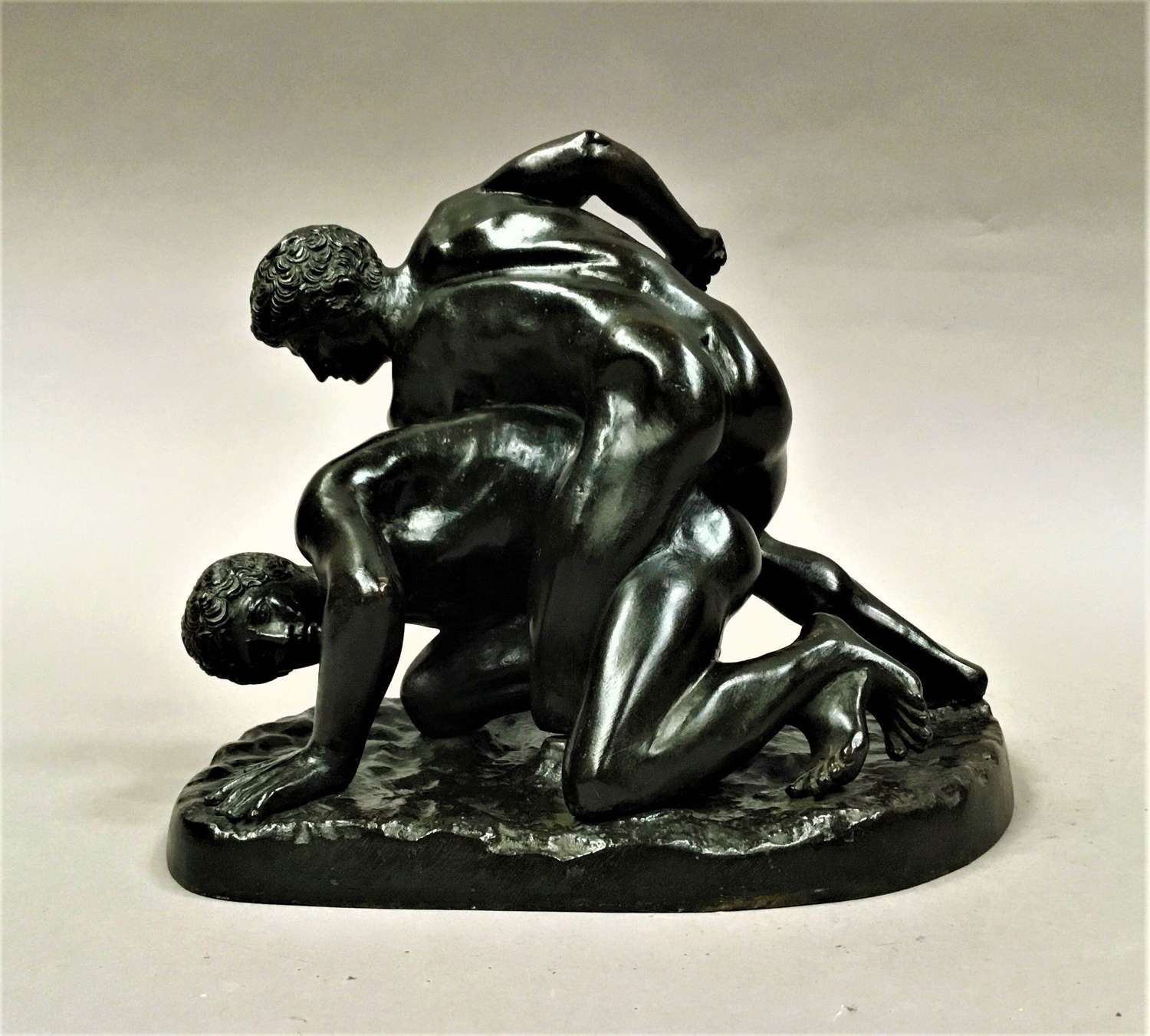 H: 9.5" (24.1 cm)W: 12" (30.5 cm)D: 7.5" (19.1 cm)
SOLD
C19th bronze Grand Tour sculpture of the Uffizi Wresters; with a good dark patination emphasising the shape and the movement of the wrestlers, on a shaped plinth base.
Italian circa 1840
Good condition
Dimensions (ins) 12 wide x 9.5 high x 7.5 deep
The Wrestlers (also known as The Two Wrestlers, The Uffizi Wrestlers or The Pancrastinae) is a Roman marble sculpture after a lost Greek original of the third century BC. It is now in the Uffizi collection in Florence, Italy.  The statue was found in Rome in the middle of the 16th century. The work depicts two naked men struggling. One of them overwhelms the other, holds his right arm and is about to hit him. The athlete on the floor tries to lift himself.
Pankration (translated from Greek as “all of might”) was a violent, unrestrained combat sport practiced in ancient Greece, consisting primarily of elements of pygmachia (boxing) and palé (wrestling). It was featured at all four of the Panhellenic festivals; the ancient Olympic Games, Isthmian Games, Pythian Games, and Nemean Games. 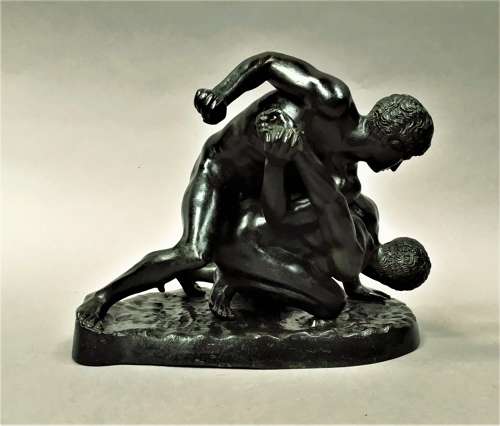 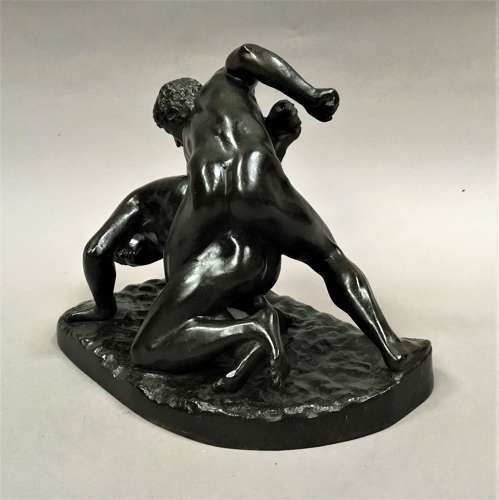 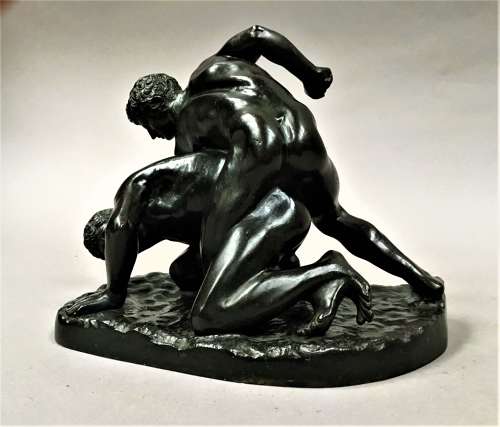 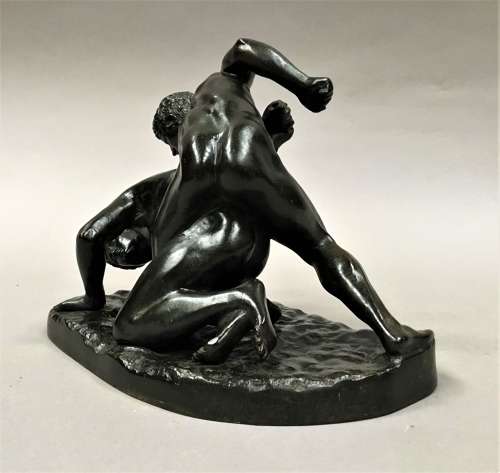 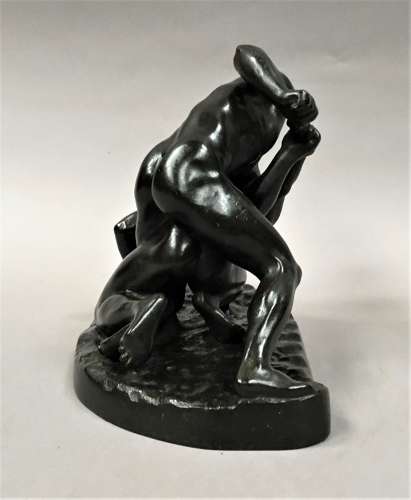 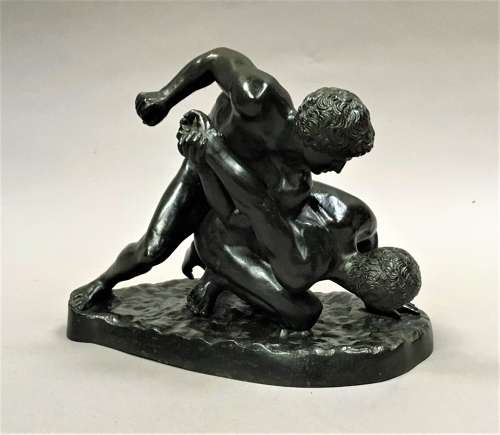 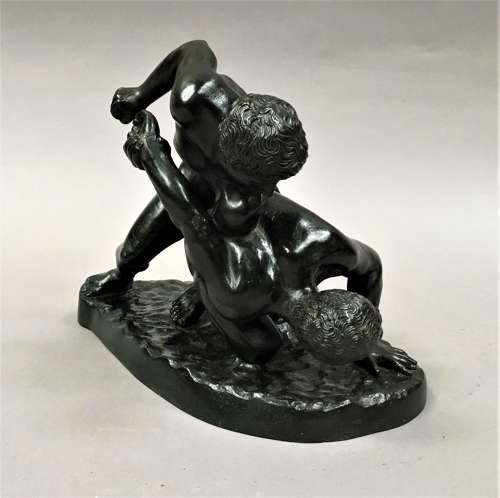 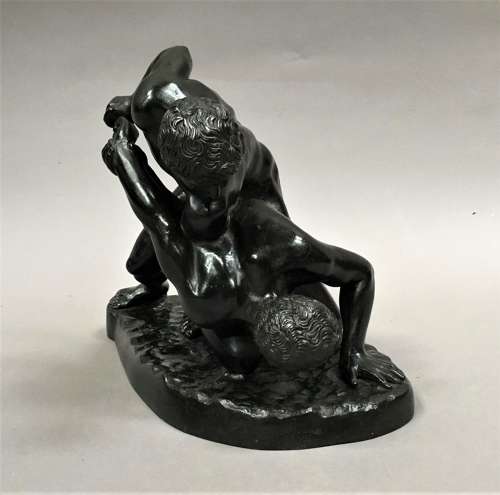 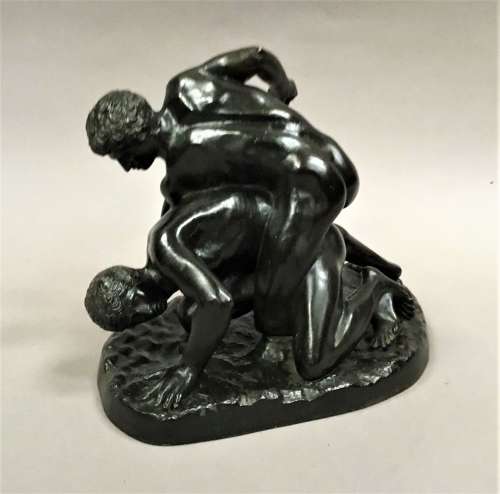 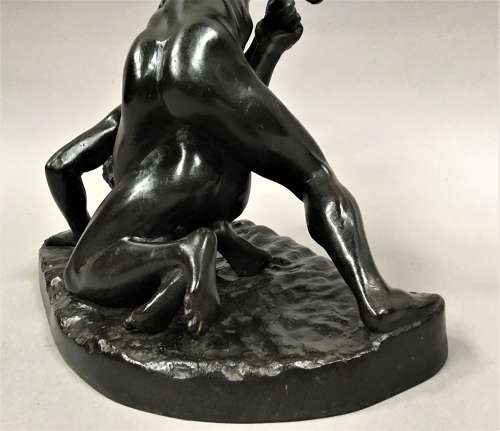 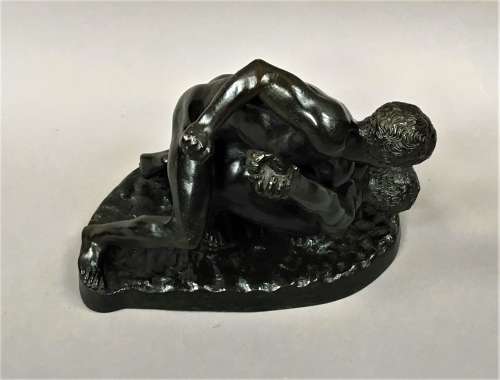 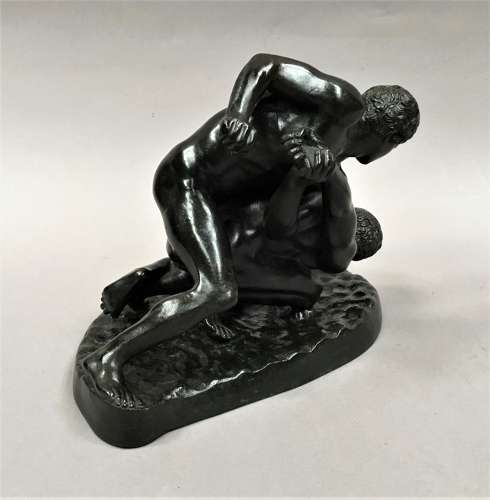 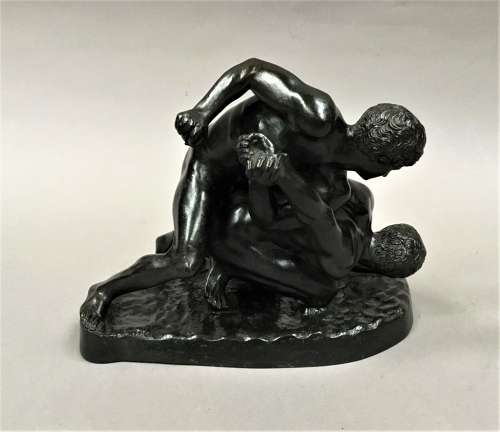 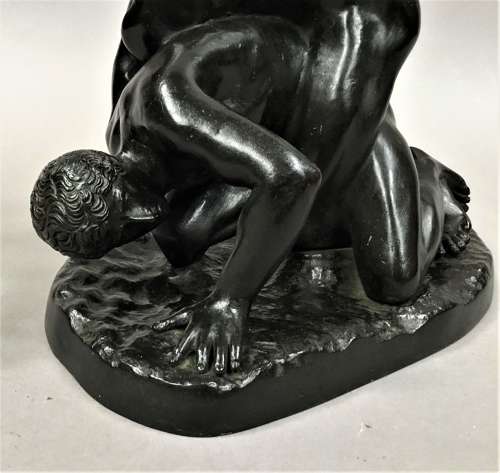 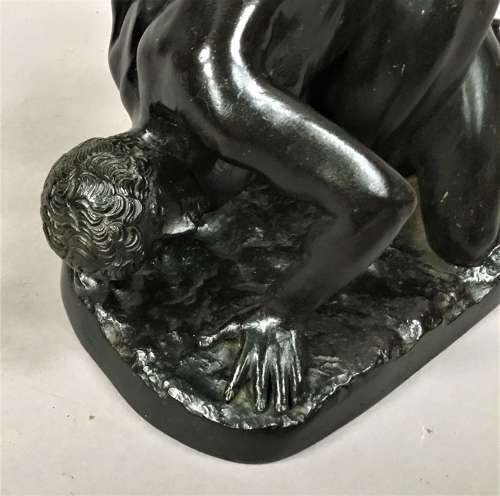 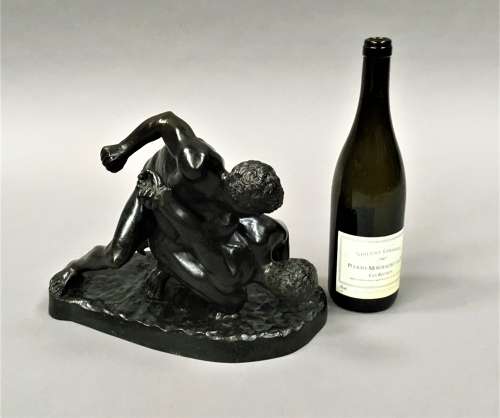